There is an old joke that an economist would not lift a $100 bill lying on the sidewalk, since in equilibrium it should not be there. But economist Bryan Caplan from George Mason University believes the world is leaving trillion dollars or so on the sidewalk. The culprit in his mind is education, which developed countries tend to invest about 5-6% of their GDP on:

Correspondingly, the number of years people spend in school has been growing: 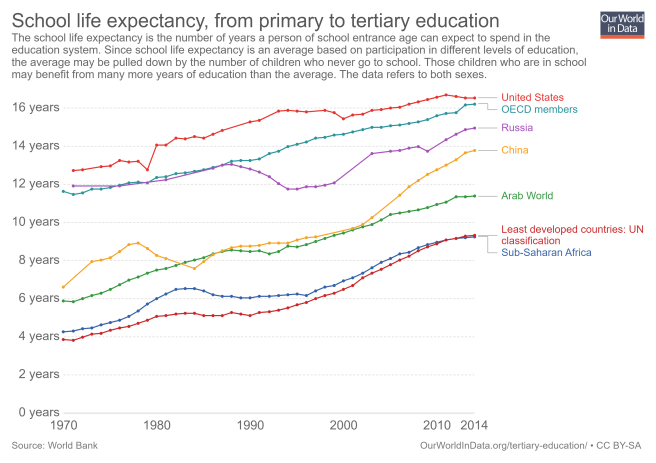 Most people would think this is a good thing. First of all, an educated population is a good in itself. Second, this seems correlated with growth in general: 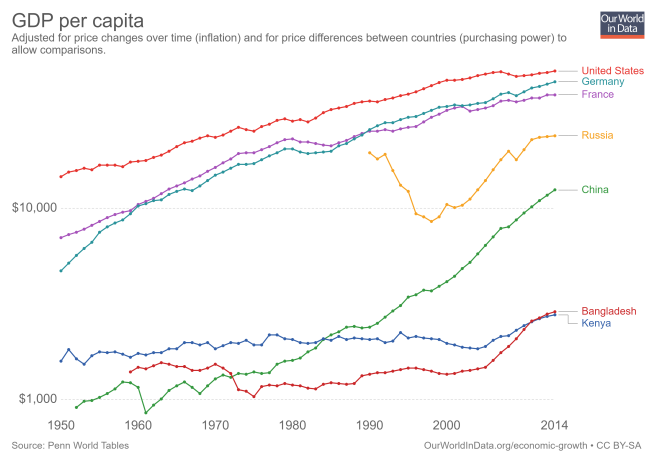 However, Caplan believes education in high school and above is mostly a waste of time and money. (He is also suspicious about K-8 education, which he calls a “daycare center for kids”.)   So in his mind, the GDP growth of advanced countries has been in spite of their investment in education. Who knows how far the U.S. could have come if the average years in school would have stayed at 8 or 10.

Caplan’s theory is that people’s productivity is just a function of innate skill, that is not changed at all by education. They only go to high school, college, and beyond due to an “arms race” of credentials aided by ease of access to education. If you own a business and believe Caplan’s theory, you’d probably want to set up shop as far away from universities as possible, where you could get quality workers on the cheap that did not waste time on education. Perhaps Amazon should hire Caplan as a consultant, they seem to be doing the exact opposite.

Caplan also wrote a book. Scott Aaronson is not impressed.